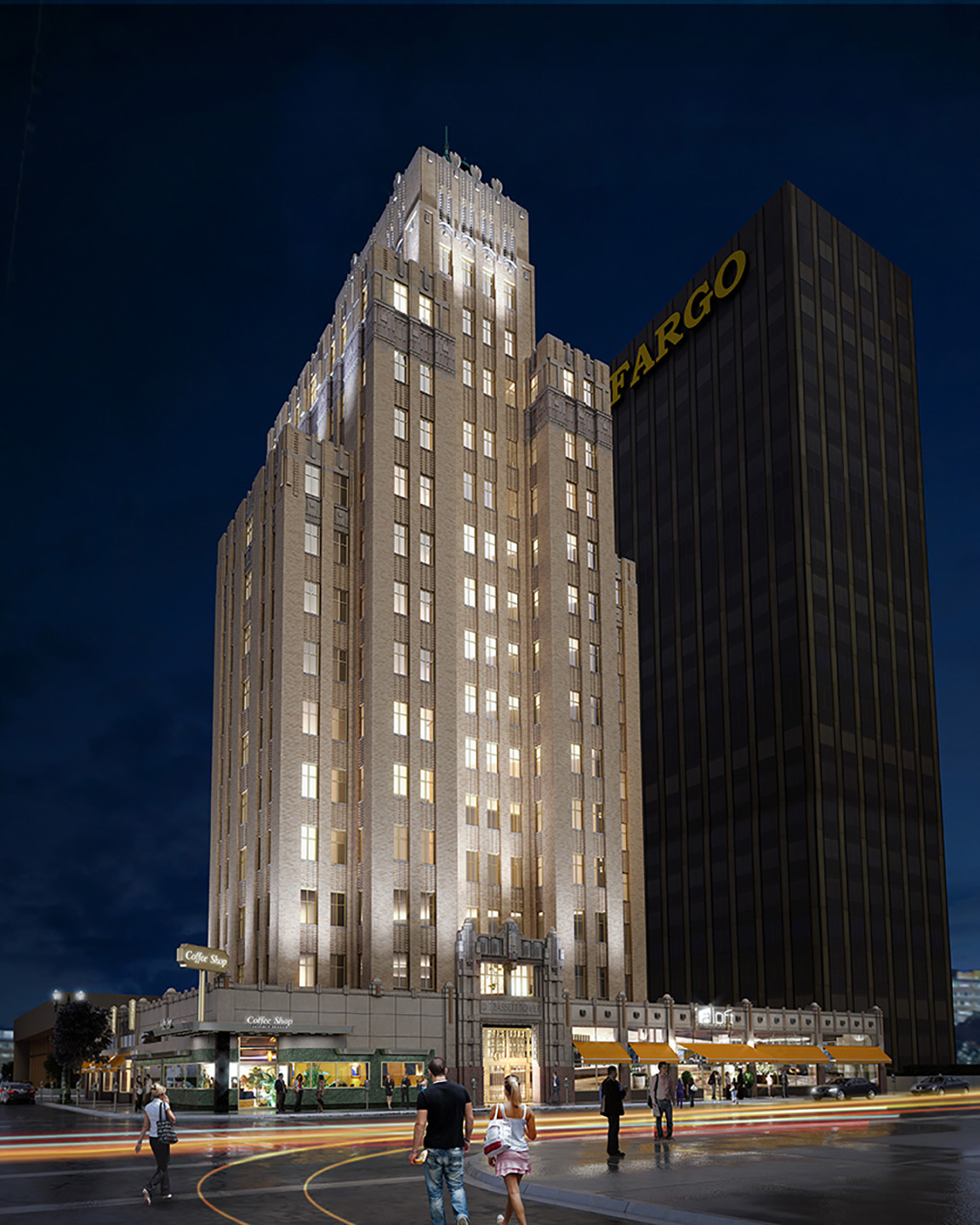 The historic O.T. Bassett Tower is a National Historic Registered landmark that was designed by Henry Trost in 1929 as El Paso’s premier office tower. At one time the tallest building in El Paso, the O.T. Bassett Tower rises fifteen stories with a strong vertical thrust in the setback skyscraper form which prevailed during the Modernistic development of the early 20th century.

Wright & Dalbin is serving as the historic architect, working for Champ Hospitality and Leo A Daly of Dallas to turn it into an Aloft Hotel. Our work consists of adapting existing historical elements on the exterior and interior of the building in order to qualify for state and federal historic tax credits which will fund up to 45% of the cost of qualified improvements. The scope of services includes design and construction documents for the exterior facade and interior historic elements, as well as coordination with city, state, and federal agencies having jurisdiction for approval.

Fun fact: An elaborate entrance detailed with Art Deco design elements is the focal point of the southeast facade of the ground floor. Included in this composition are facial representations, one of which is believed to be a likeness of Trost himself.